A different kind of pencil case 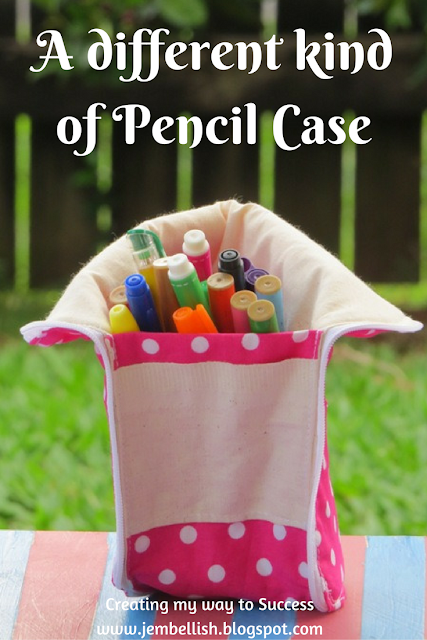 The pictures below show my daughter's pencil case. She was gifted it by a Japanese friend.  We also saw pencil cases like this on our trip to Japan earlier this year. I loved the design and idea of a pencil case that you could open to stand up and choose your pencils and pens from in an upright position. 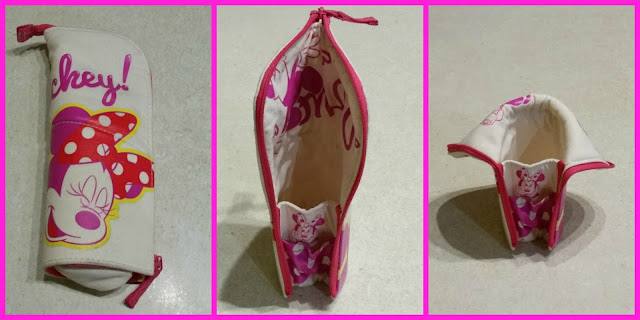 When we returned home from Japan, I searched for a tutorial to make a pencil case like this and found one here at Ikat Bag.

Finally yesterday I got around to having a go and making one of these pencil cases myself!

My first attempt was less than successful!
The padding I used - a piece of foam from an old school bag, was too thick. 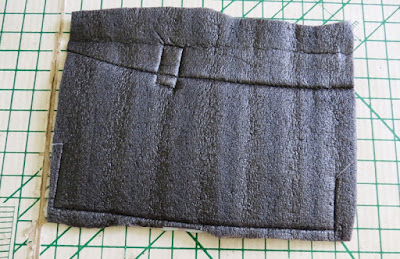 And although it seemed to work ok initially....(yes that's part of an old placemat I'm using too - you know me...use what you've got!!)... 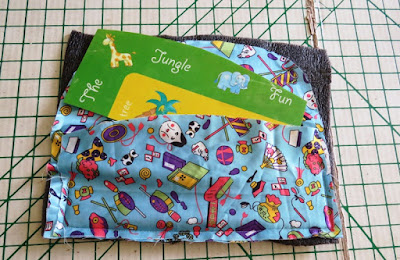 ..half way through I realised it was too thick to be able to add an extra layer to sew the next pieces to it! 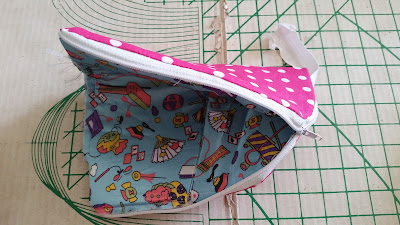 I was also a bit confused by the templates I downloaded, which didn't include seam allowances - and I got confused as to which pieces to add seam allowances (SA) to and which not to add to.
Did 'no SA' mean it didn't need one added? or it didn't have one and I should add one? 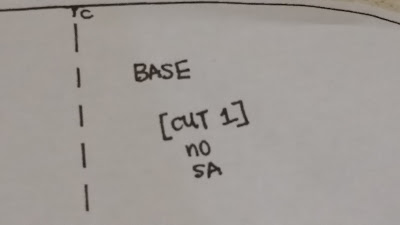 So in my confusion, I found that my cut pieces were not all the right size!

I took a break, had a good look at my daughter's pencil case and tried again with thinner padding and I just cut everything with big seam allowances and kind of worked the sizing out as I went.

This one turned out much better .... 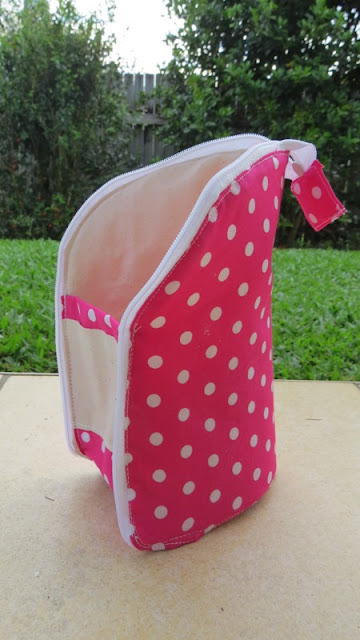 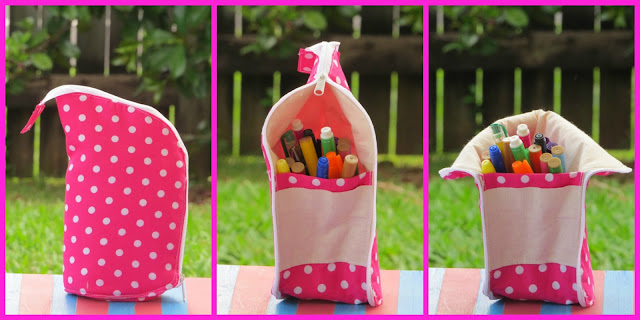 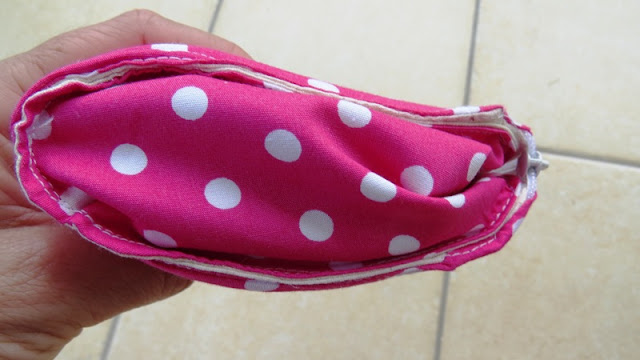 and the zip didn't quite match up and needed some adjusting, which put another part out. 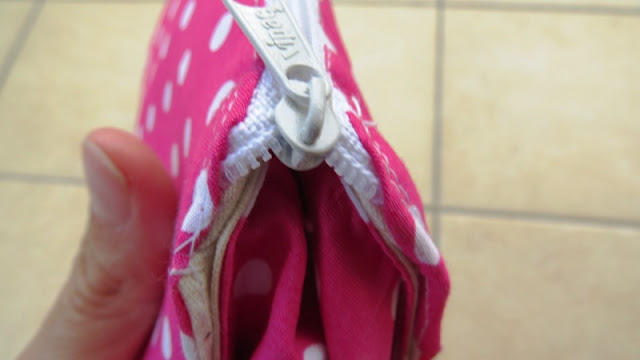 I didn't do very well with this particular tutorial, but that's not to say it isn't a good tutorial.
Everyone learns in a different way, and there are several different tutorials for making most things, all done in a slightly different way. This is something I learnt early on when I started blogging and writing tutorials.

Initially I was worried about posting a tutorial for something that had already been made, but I soon realised that was ok.

When I write and post a tutorial, I'm 'teaching' and everyone teaches in a different way.  You have to find your own style for both reading and writing tutorials. Some people will like my tutorials and find they can understand them easily, others may be confused by the way I explain things. The same goes for me reading other people's tutorials - some will work for me, some won't!

I won't be letting this pencil case go. I'm not sure exactly what I'm going to do with it, but I have to figure out something that works for me! I still love the concept and design, I just need to fit it to my style!

I have a lot more to learn with zips.  Look at how neat the zip on the bought pencil case is. 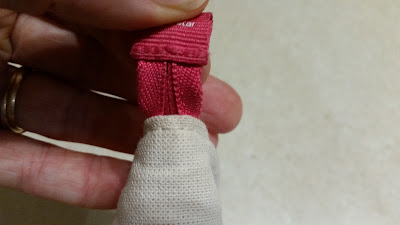 Mine on the other hand was a little wonky... 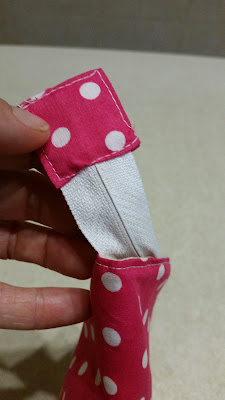 I definitely need to do some more playing around and learning with this design. I learn best by trying and testing things out. At least I have well over 100 zips (yes, I counted them) and plenty of fabric to practise with!

Have you seen these pencil cases before?
Have you ever tried to make one?