At bit of a different post today, but something cool I learned yesterday that I had to share!

It's coming up to summer here in Cairns and so it's time to check all our aircons are working. We found that the aircon in our spare room (also my sewing room) wasn't working. After a lot of pushing buttons I discovered that it was the remote that wasn't working the unit itself was fine. Although you can switch the aircon on at the unit, it is too high up on the wall to be easily accessible without a ladder, so we needed to get the remote fixed or replaced.

In Googling our particular remote, I discovered I could buy the exact same remote from China for just 1 cent! Bargain!! The only problem being they had a minimum order of 1000! Not so good.

Then I tried Googling how to fix a remote and here's where I discovered the cool bit!

A remote control works by sending out an infra-red energy wave. This comes from the small bulb part at the top end of the remote.  If you look at the bulb when you press the button, you don't see anything, as we can't see infra red with the human eye.
HOWEVER... if you look at it through a digital camera, you can see it!!
So I tested this theory, and found that was the problem with our remote. The infra red wasn't working! Take a look:

I wondered if I could replace the infra red part of the remote - apparently yes - the new 'bulb' part only costs a couple of dollars, but you have to unsolder and resolder the parts in. 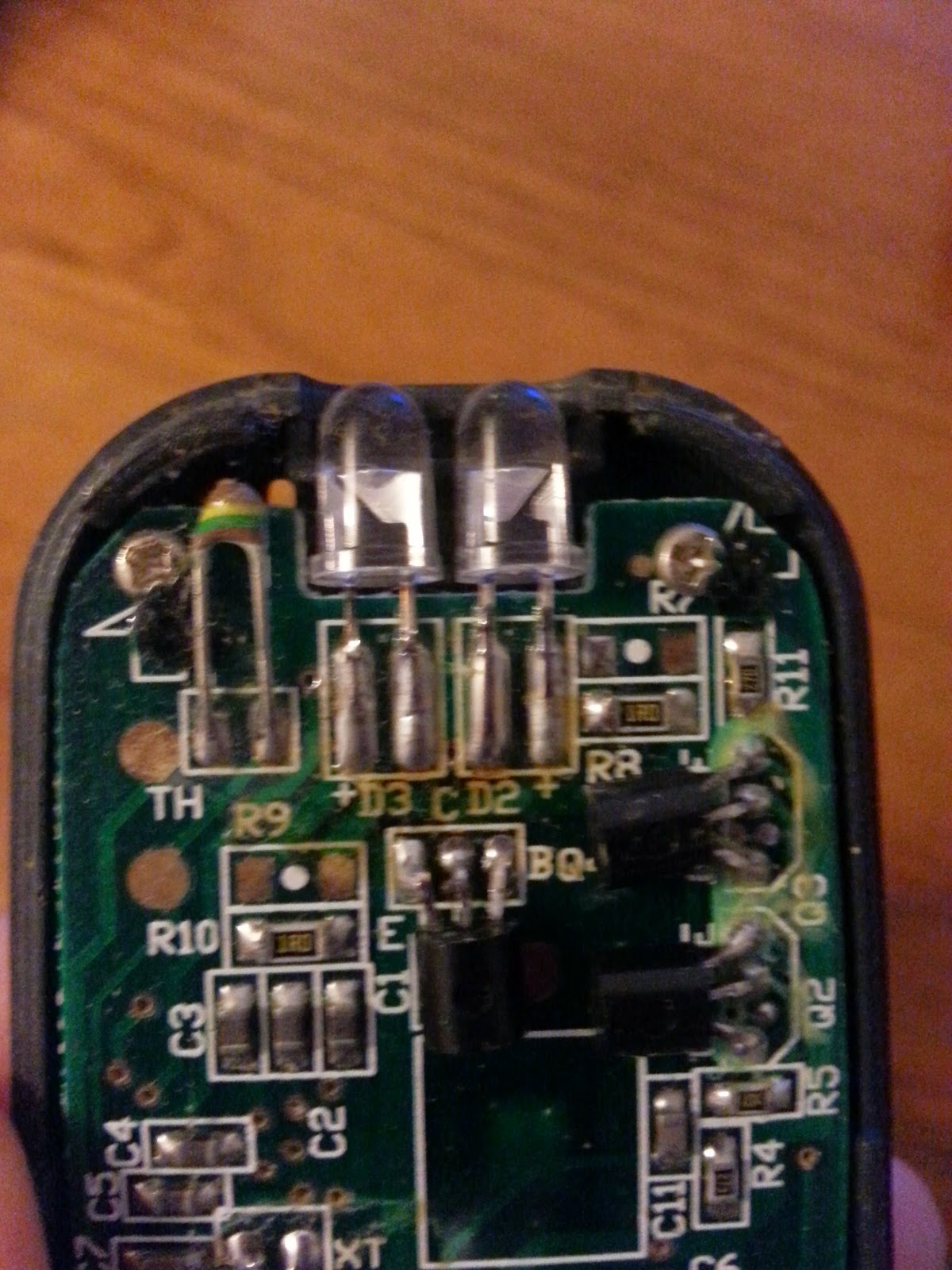 So there you go - a digital camera can see infra-red light, but we can't see it with the human eye!
I'm sure that fact will come in useful one day!

Labels: light
Email ThisBlogThis!Share to TwitterShare to FacebookShare to Pinterest