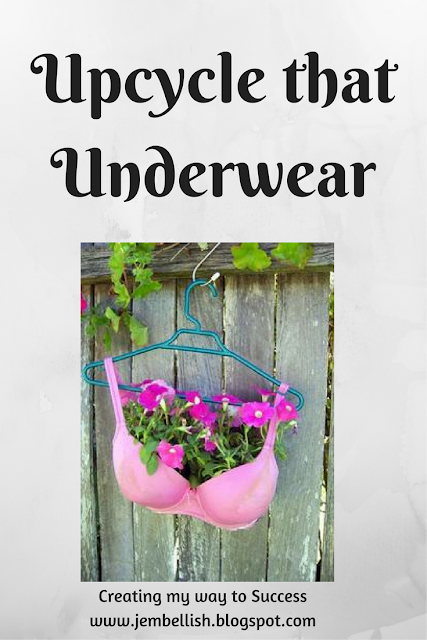 Ok, so I knew this one was going to be tricky! I mean, do people really want to upcycle their underwear? Isn't that just a little bit weird and ikky? So yes, I struggled to find ideas to feature here!

Cleaning
So, you can just cut them up and use the scraps for stuffing, or rags for cleaning.  Some people may even find cleaning with old knickers just not right - but you could use them for those spills and messes that you just want to wipe up and throw away!

Quilts
Some underwear - particular kids ones have pretty pictures on. I've found plenty of mention of cutting out these parts and saving them to add to a memory quilt later.

Compost
If your underwear is 100% cotton, you can cut off the elastic and put them in the compost! At least then they are getting recycled!

Donate
You can of course donate your old underwear to charity shops.
For bras - there is a company in Australia I found called
Project Uplift
They collect bras and send them to women in disadvantaged countries for whom bras are often unobtainable or unaffordable. They have collection points in Australia, New Zealand and Singapore.

Make something new
One of the best uses I found for a bra, was to make it into a purse! 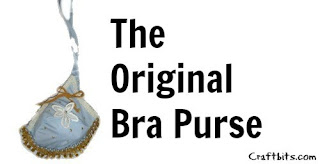 Also on the same site is a tutorial for a scented bra purse, and a
bra evening purse.

Or perhaps you could use a pretty bra for a planter: 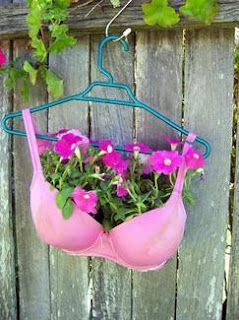 And that I'm afraid is all I could find!

I have set up a pinterest board for upcycling underwear - but it's very sparse too!

Do you have any more ideas for old underwear?