Yesterday I got around to fixing one of our camping chairs that broke a while ago... 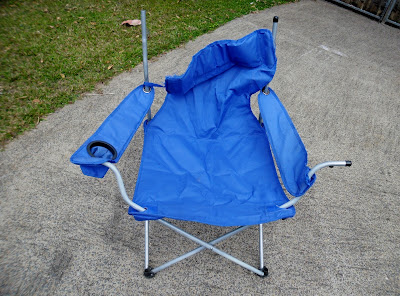 Some parts had ripped, and the backing was starting to disintegrate and leave blue 'confetti' anywhere we set up the chairs!!' 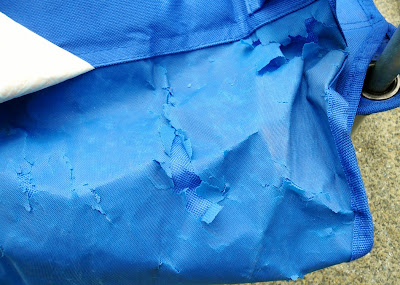 Now these are really cheap chairs - you can buy them for just $7, but I hate the idea of throwing anything away that can be fixed.  We really do live in a throw-away society, where things aren't made to last, and our kids are growing up saying,

when something breaks. I think this fosters a lack of respect for 'things' and it really annoys me!

OK - so now I've had my mini rant, back to fixing up the chair!

I took it apart first, to see what I was working with and what was possible... 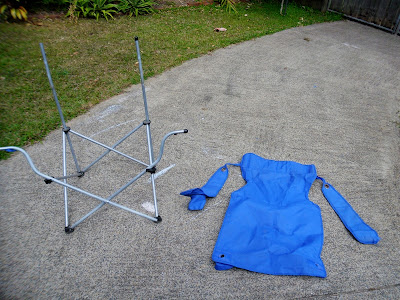 Basically the frame was fine - just the fabric that was ripped and the backing disintegrating!
So I just cut out a couple of pieces of thick corduroy fabric and pinned them over the backing to stop the 'shedding'! 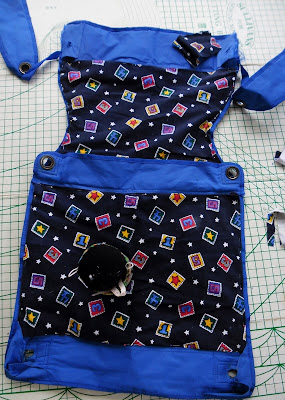 Then I put a thicker denim needle on my machine to stitch it all into place - and also patched up any other ripped bits I could see.
Then simply fitted it back onto the frame! 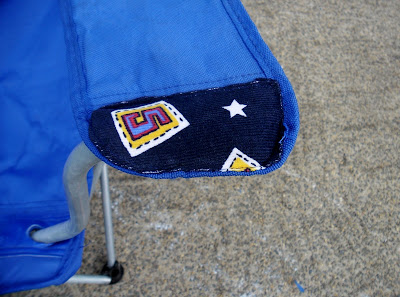 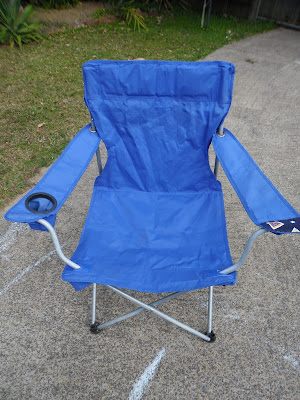 And it even has a pretty backing now! 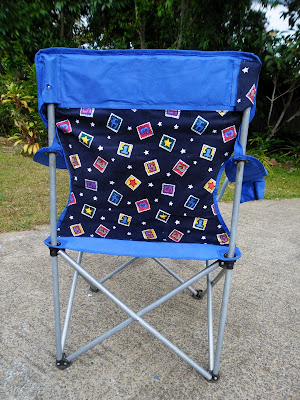 Our other 3 camping chairs aren't ripped, but are shedding the blue backing, so I think I'll add extra covering fabric to those too! Perhaps a different fabric for each one - personalise them a bit! 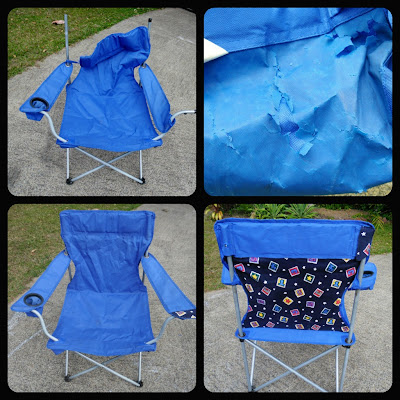 What have you fixed lately? - rather than throw away and buy a new one?

Labels: fixing and mending
Email ThisBlogThis!Share to TwitterShare to FacebookShare to Pinterest