How to make a Bottle Cap Mosaic 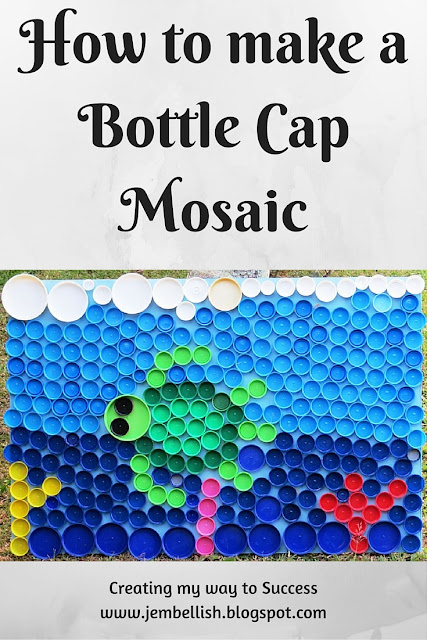 I recently made a decision to actually start using all the fabric and craft stash that I have accumulated over the years, rather than just keep adding to it and 'planning' what to make. I wrote about that here.
So, this is me making a start on using what I've got!


We've been collecting bottle caps for a couple of years now and have a decent sized collection. Although the tops do have the recycle symbol on them, they can't be recycled at our recycle facility up here in Cairns as they are too small and jam up the machines. Not wanting them to go to landfill and stay there forever, we've been saving them to do something creative with!

A couple of years ago, I made a lamp with my elder daughter using some of the caps we'd collected. 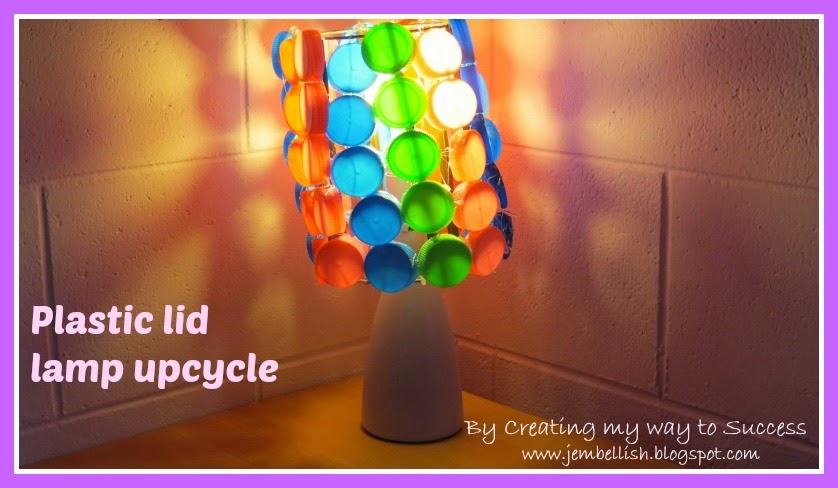 This school holidays my younger daughter and I finally got a round to making this mosaic.We've been talking about making one for a long time. The bags sitting in my cupboard were growing and a constant reminder that I needed to do rather than talk about it! 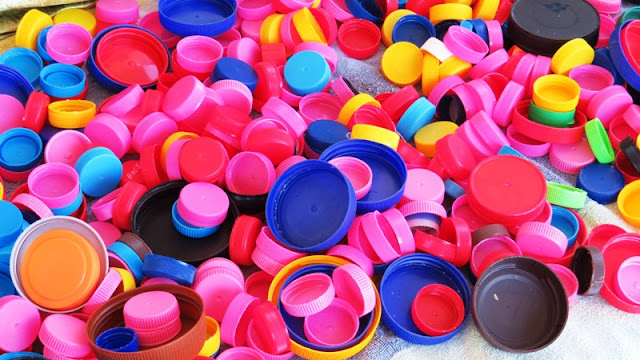 We'd seen lots of these mosaics on Pinterest so had a look at my plastic lid upcycling Pinterest Board for some inspiration.
My daughter settled on a turtle.

First we laid out the caps in a rough design to see what size piece of backing wood we needed. 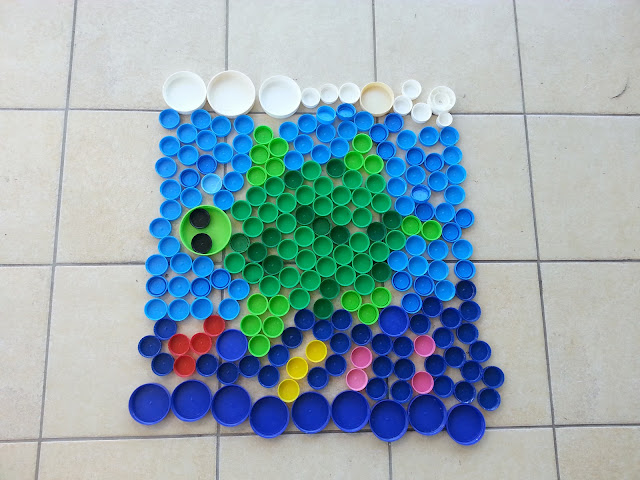 Then once we'd bought the board (we got a piece of MDF), my daughter painted it on both sides with some blue outdoor paint we had left over from another project. We want the mosaic to be outside to had to seal the wood to prevent warping in the rain.  The blue also worked well as a background colour for our picture. 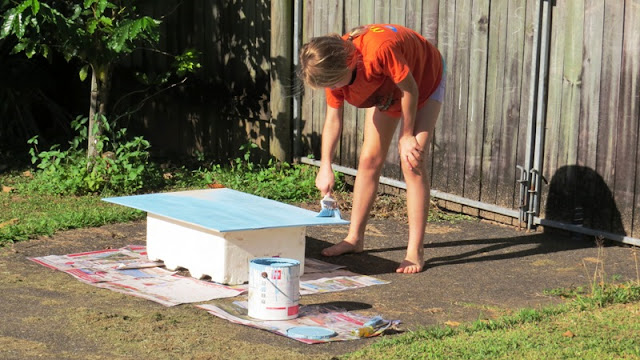 To attach the bottle caps, we just used liquid nails glue. I had a tube in my tool box, so used that first. 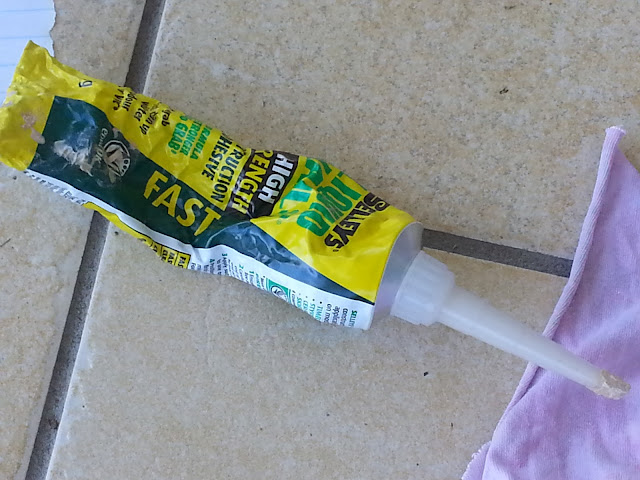 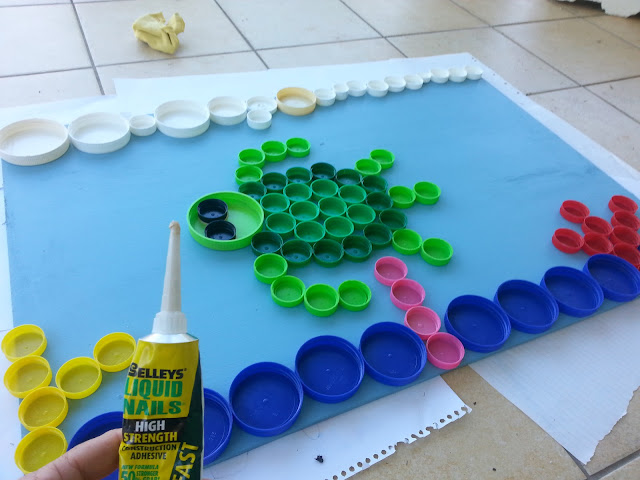 Then when that glue ran out, we moved onto a bigger tube of liquid nails that fitted into my caulking gun. This was so much easier and less messy! Next time I would go straight to this! 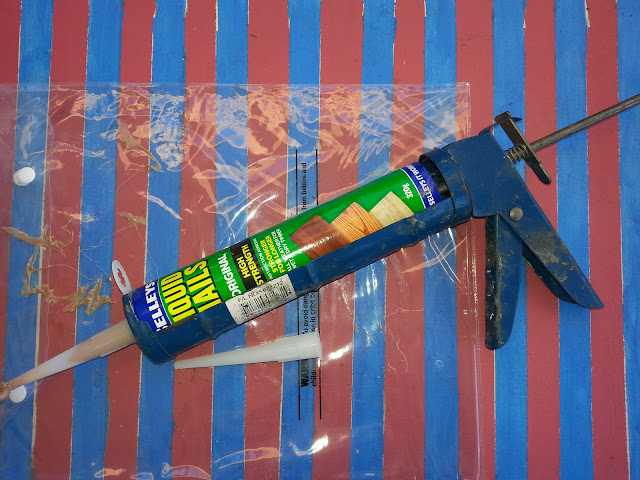 We started gluing with the turtle, right in the middle of the board, then worked our way up from the bottom of the board with the deep sea and coral, right up to the frothy white waves at the top. 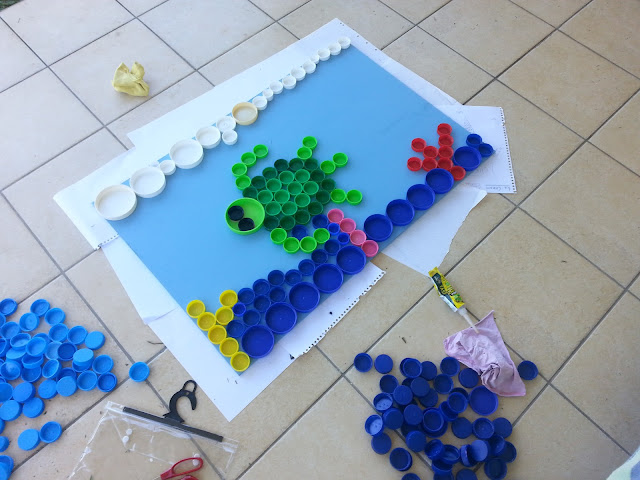 Sometimes the tops didn't fit too well together. The glue didn't set too fast so we had a chance for a bit of shuffling and adjustment. Plus with the background painted blue, the gaps didn't really matter. 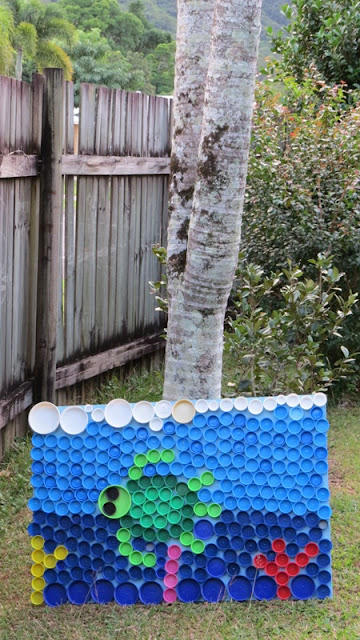 We haven't decided on it's final display spot in the garden yet. Once we've chosen, I'll secure it with screws to the fence! 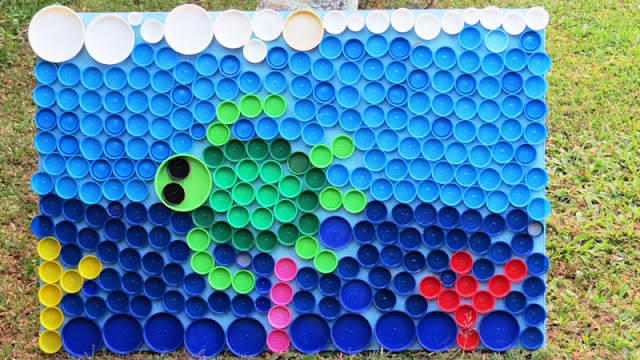 This was fun to make, easy enough for my daughter to do most of it by herself, and she's already talking about the next one!  Yes, we still have lots of bottle caps left!

At least it's used up some of my stash, and I know the rest will get used up soon too! We also have a fabulous piece of unique art to display in our garden too!

Do you have anything saved in your cupboards for a project that you've been planning for a long time but not yet started?
Maybe it's time to get A Round Tuit!!! 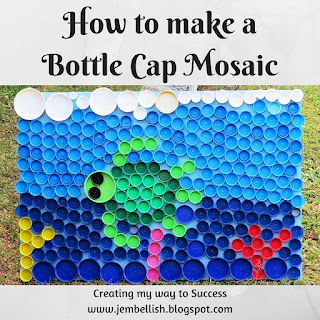 Labels: bottle caps, Tutorials, upcycling, use what you've got
Email ThisBlogThis!Share to TwitterShare to FacebookShare to Pinterest