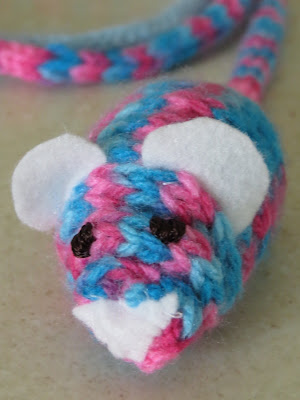 This year, my daughter and I are exploring creating with wool. We've been trying lots of crochet - but a couple of weeks ago we had a go at French knitting.

We had a small knitting doll that we started with, and after starting with plain wool, my daughter decided she wanted to switch to something more colourful - so we ended up with this.. 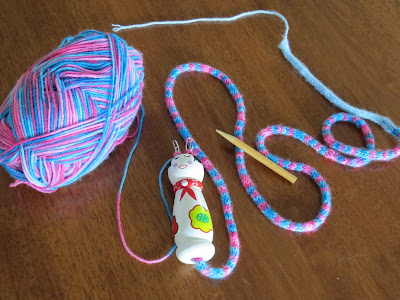 We both made this 'tube' - doing bits now and then when we had a moment.

In a book we found at the library, we found an idea of what to make with these tubes..

We chose a simple, small one to try out - a mouse..

Basically you make a small stuffed form and then wrap the knitted tube around it - stitching in place. 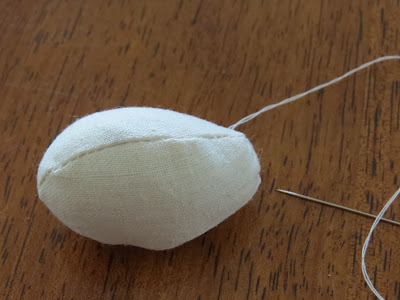 And stitch on small felt ears and nose.. 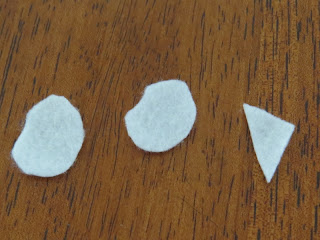 The instructions in the book said we needed around 2 metres of french knitting, but judging by the size of our mouse's tail - I don't think we needed quite that much! 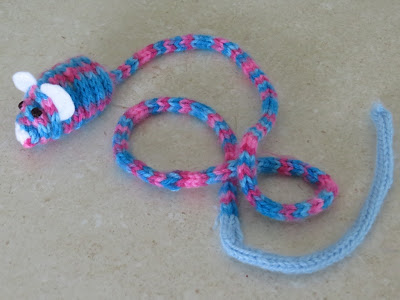 Still, he's a cute little mouse - and my daughter loves it!

She also wanted to try making a bigger tube, by making her own knitting doll... 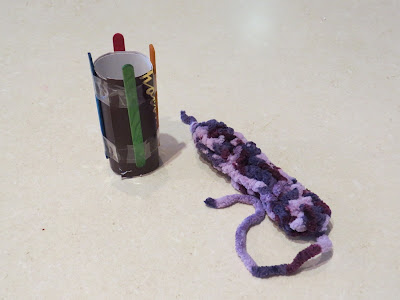 I think we needed to have the lolly sticks sticking up a bit more as she found it a bit tricky with the thick wool - but she persisted to make a purple 'sausage' and said at least we'll know for the next one we make!

Definitely lots more to experiment and create with here.

She's also trying finger knitting but I'll post about that another time.

Have you tried French knitting?