Tweet
Before I came to Australia, I'd never heard of stubby coolers!  If you haven't - a stubby is a short glass bottle usually used for beer - and a stubby cooler is an insulated holder so you can hold your 'stubby' (or other bottle or can of drink) and it stays cool!

My husband and I liked these so much, we had some custom made as wedding favours ! 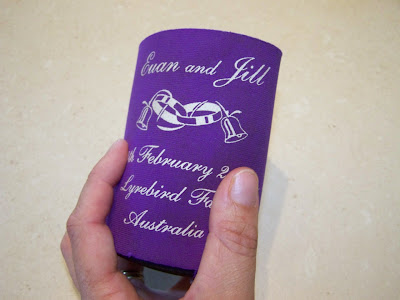 I even made us a stubby cooler - holder, from a left over piece of drainpipe, and some chalkboard paint!  Great for our patio - just next to the outside fridge, and perfect for summer drinks outside! 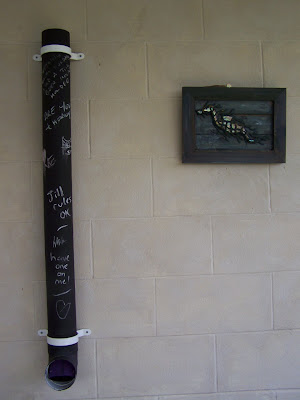 But back to the stubby coolers.  They are made from neoprene - just like wetsuits, and mostly just held together with glue!
Up here in the tropics, the glue becomes unstuck over time and this happens... 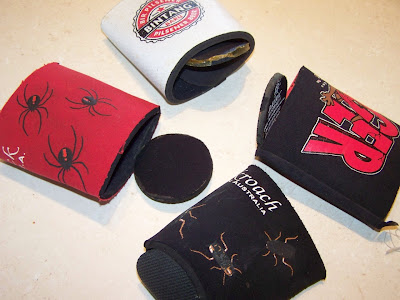 So I decided rather than reglue - I'd use funky fabric to fix them!

I cut a strip that would a little more than wrap around the cooler, and was slightly taller.  Plus a circle slightly larger than the base.. 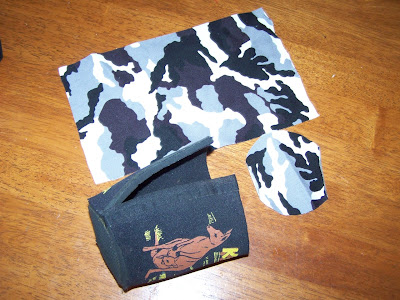 Then folded over and stitched the long piece together.. 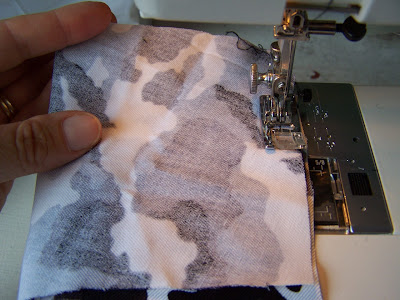 And pinned on the circle 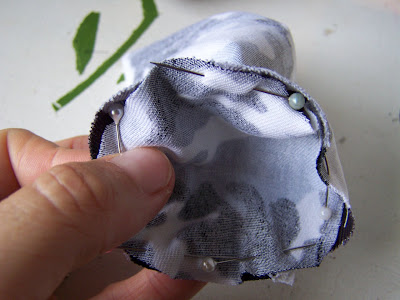 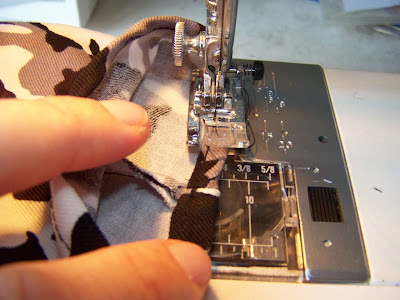 Then turned it right sides out and pushed in the broken stubby cooler! 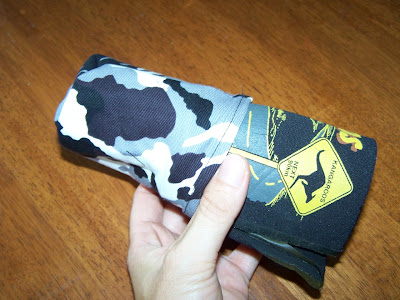 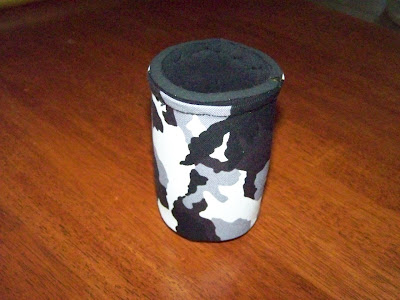 Then tried a few different fabrics - which my girls think are very cool for their own drinks now!! 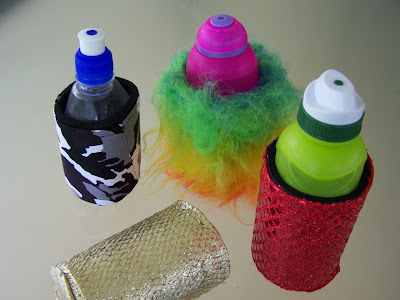 You could even make personalised ones with names or other things stitched on (or just glued if you maybe live somewhere a little cooler and less humid, where glue actually lasts!)
What do you think?

Labels: Fabric
Email ThisBlogThis!Share to TwitterShare to FacebookShare to Pinterest