Tweet
For today's post I decided to try and move away from bags, and go out of my comfort zone into making a clothes item!  I tend to shy away from sewing clothes, because they have to be the right size otherwise they won't fit.  With a bag - or other non-clothing item, if the finished product isn't exactly the size you set out to make, it doesn't really matter!
I decided that it's time to have confidence in my ability and jump into clothes making!

I was quite pleased with the dress I made!
As was my daughter who wouldn't take it off for the rest of the day!  What do you think?? 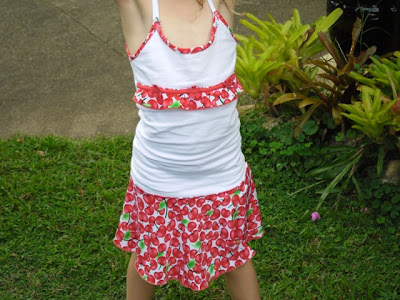 It was even comfy enough for a game of swingball! 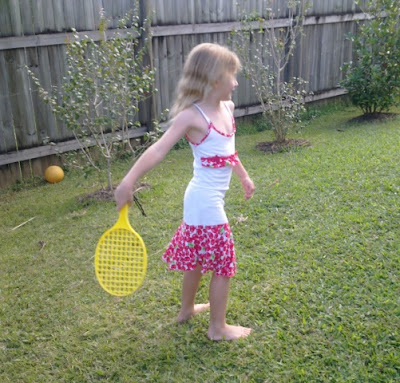 I made it from a plain white XL t-shirt (that we got free from a school trip to the local hardware store!),
and a swimming costume that was well loved, but has stretched and lost it's elasticity - no longer any good for swimming! 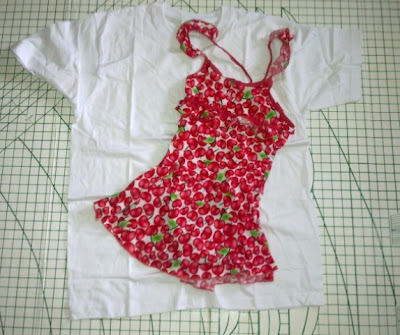 I started out by googling making a dress from a t-shirt - and that was where I got delayed for quite some time!!

There are ideas and tutorials for making everything you could imagine out of t-shirts! From nappies and dresses for kids, to a rug, a halter neck top, and even a bikini (the video tutorial is great!).
The possibilities really are endless!

So after all that fantastic talent and inspiration, here's my own little tutorial on how I made my daughter's dress:

First I took one of her dresses to measure the size.  I placed this on top of the t-shirt and cut around it: 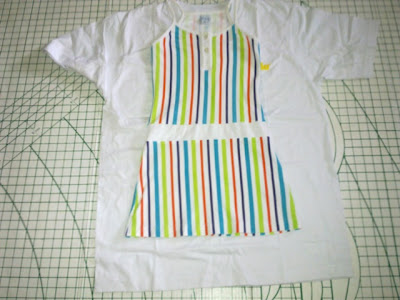 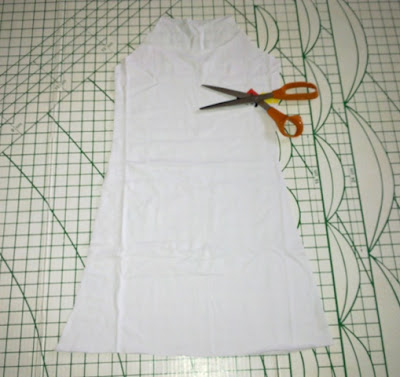 Then I cut the skirt part of the swimmers off, a decorative ruffle from the front, and several strips of the remaining fabric. 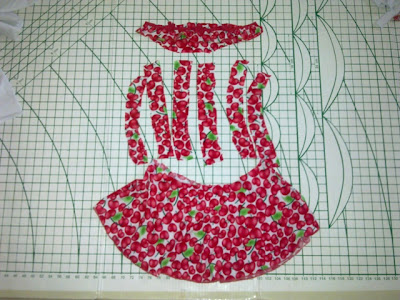 I also cut a couple of strips of white from the t-shirt sleeves to use for the straps: 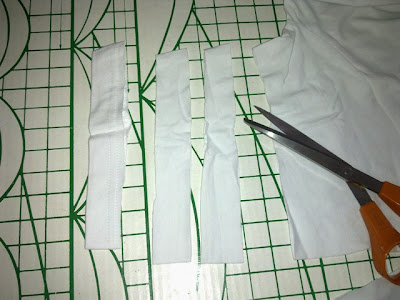 I stitched the decorative ruffle to the front part of the dress. 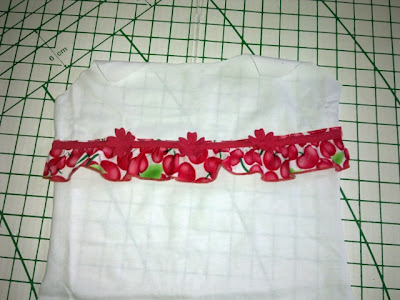 Then used the strips of fabric from the swimming costume, as bias binding for the neck and arm holes.  Basically you're enclosing the raw edge of the material with other fabric which needs to be a bit stretchy to be able to go around the curves (hence it's usually cut on the 'bias' which means on the diagonal - giving it a bit of stretch).
The swimming costume fabric was nicely stretchy, so I stitched it on (right sides together, then folded it over the top and the last raw edge under, before stitching along again. 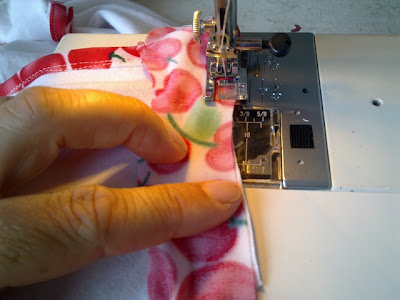 I did this on both necklines and arm holes.  Next time I would join the front and back of the dress together first, then add the bias binding, which would have been neater and not resulted in such bulky seams!

So then, I pinned and stitched the front and back of the dress together down the sides(right sides facing). 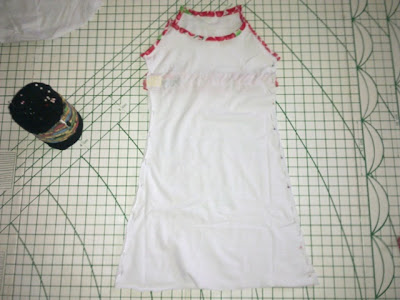 Then for the straps, I folded a strip of t-shirt material  cut from the sleeve) in on itself and stitched. 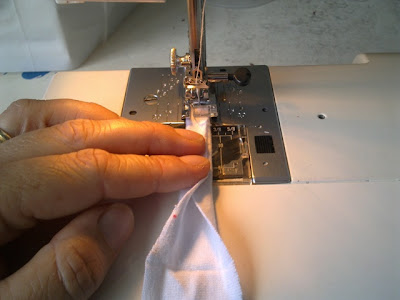 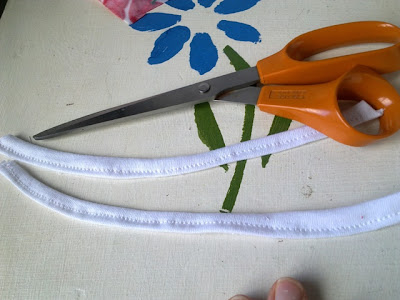 Then pinned and stitched the ends to the top of the dress: 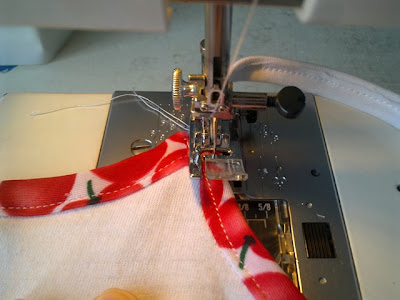 Then finally, I pulled the skirt from the swimming dress up over the new t-shirt dress, and simply folded the top over to hide the raw edge, then pinned and stitched it on! 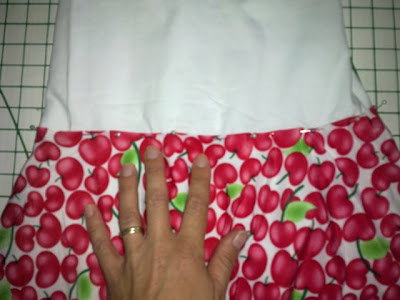 And that was it! A very simple, t-shirt dress: 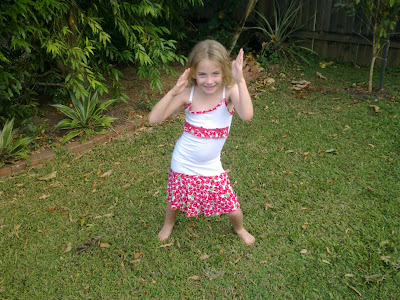 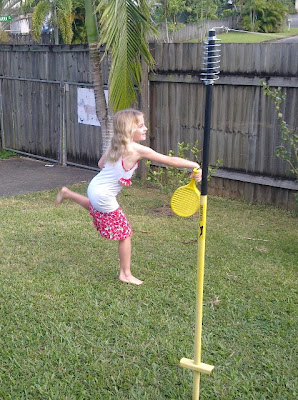 Have you upcycled any t-shirts?
What other ideas have you found  for how to use these clothes items that everyone has??

I'm starting to look at t-shirts in a whole new way now!